Meet the Telikin Team - Frank is a great co-worker. Not only is he reliable and hard-working, but he's also very upbeat and engaging.

Now, I would like to introduce you to Frank. As a part of our new blog series, Meet the Telikin Team, I sat down with Frank Fierle and asked him a few questions, so you can get to know him a little better. 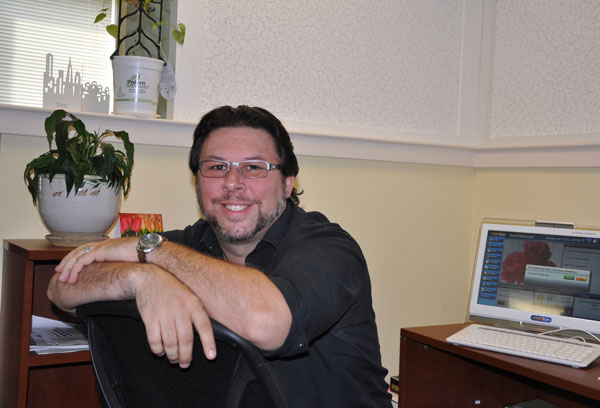 Q: What do you love most about this position?

Frank: Selling a product that matters to people, that can better the quality of their lives. But equally, I love the people I work with.

Q: Ok, can you describe yourself in three words?

Q: What's something you can't go one day without?

Outside of his role here at Telikin, Frank also has some pretty fascinating stories. When I asked him to tell me something interesting or unique about himself, this is what he told me:

As a film actor, Frank has portrayed the New York serial killer, Joel Rifkin, and on the stage he’s played Kenickie in a production of Grease. And he’s worked alongside fellow Bucks County native, Justin Guarini in his sketch comedy show, Sketched Out. 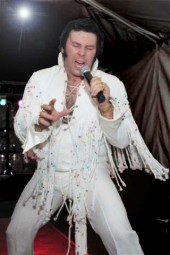 He’s also a local celebrity – as the lead singer in the band, Philly, Rock, and Soul, and as an Elvis Tribute Artist. On the weekends, you can find him with his deep, soulful voice and sweet side burns donning the famous Elvis suit or leading crowds in Karaoke.

Another item on his first bucket list was to have a family – something he has also happily accomplished. His young daughter even calls him a “hero” because of the time he saved a little boy’s life while on vacation in Disney World by pulling him out of the way of an on-coming car.

And if singer/performer/Elvis Artist/actor/Telikin sales lead/life-saving hero/father/husband doesn’t seem like enough, he’s also an ordained minister who’s had the honor of marrying couples.

On his next bucket list is to find the perfect house with backyard that’s vacation-worthy and a man-cave in the basement. Given his track record, I have no doubt he’ll get to cross that one off soon.