Replacement for WebTV - Recently, subscribers to the MSN TV service (formerly known as WebTV) were informed that Microsoft would be shutting off...

the service on September 30 of this year. Microsoft started WebTV back in 1996, and it allowed subscribers to have internet access and some other limited functionalities such as email via a set-top box and their TV.

Now that the service is being discontinued, WebTV subscribers are searching for an alternative way to access the internet and stay in touch with friends and family. 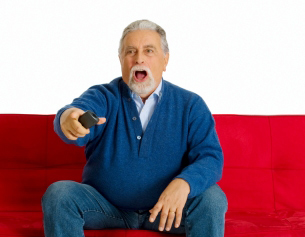 One demographic who subscribed to MSN TV in large numbers was seniors. Many in this group found traditional computers either too complex or too frustrating and thus were attracted to fact that they could utilize their own TVs to access the internet.

Many seniors who were WebTV subscribers are turning to the Telikin, which offers an easy to use, touchscreen computing environment, that was designed for seniors.

With one touch access to popular features like video chat, email, photo sharing, web browsing, and more, Telikin users don’t have to worry about the complexities of a traditional computer, but can have the capabilities they did on WebTV and more. One of the beauties of Telikin is that users can utilize as many or as few of the programs as they wish. When a beginner wants to start out with just email, they can do that. Then, when they are ready to move on to video chat or even Facebook, they can do that too.

The Telikin Support Team has helped many new customers make the transition from WebTV to Telikin, including assisting with transferring photos and email.

If you or someone you know is a WebTV subscriber looking for a new way to access the internet and stay in touch with friends and family, give us a call today!

Image courtesy of Ambro at FreeDigitalPhotos.net